The adjective most commonly applied to Xinjiang* is “restive”. After a series of recent attacks attributed to the region’s Uyghur separatists, it was with some trepidation back in June that I agreed to arrange a trip to the area for friends.

However, happily for our small group, Xinjiang was at its beautiful autumnal best for us – early snow dumps notwithstanding – and the Uyghur people we met and stayed with were, without exception, incredibly warm and welcoming and kind.

I’m biased, suffering as I do from chronic Cental Asian wanderlust, but you really should go. Just make sure you have a good appetite for mutton and enough space in your bags for a Kashgari carpet or two…**

Soundtrack: 《姑娘我爱你》 (“Girl, I love you”) by Sonam Tashi

Heartbreakers-in-training (the ice cream was for me), Khotan © Jo James 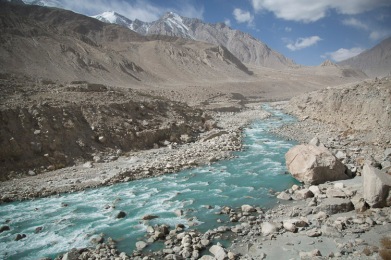 Fringes of the Karakoram © Jo James 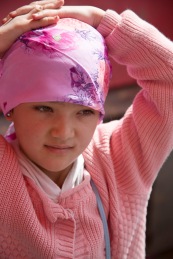 The girl with the eyes, Khotan © Jo James

Stuck trucks, on a mountain pass in the Tianshan (Mountains of Heaven) © Jo James

A man and his dopa, Khotan © Jo James 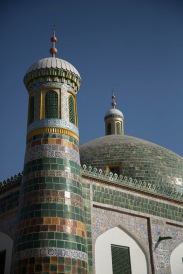 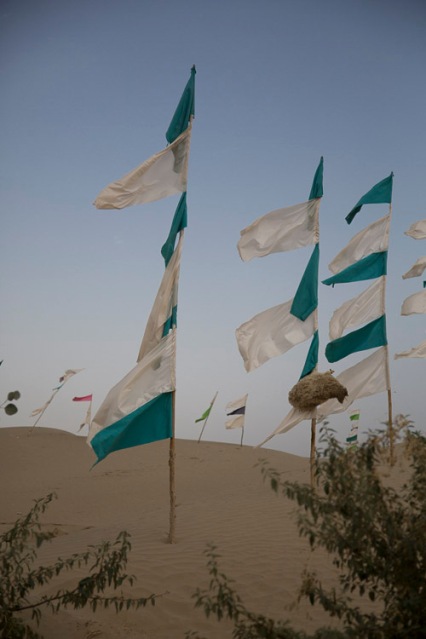 The edge of the Taklamakan, Khotan © Jo James 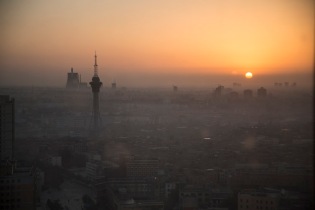 9am, dawn in Kashgar © Jo James 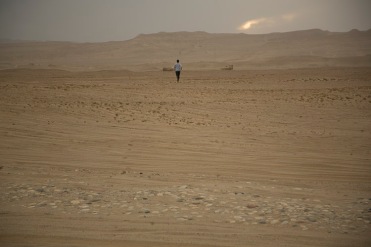 Open space at the ruins of Melikawat, near Khotan © Jo James

Here’s lookin’ at you, Ghulja 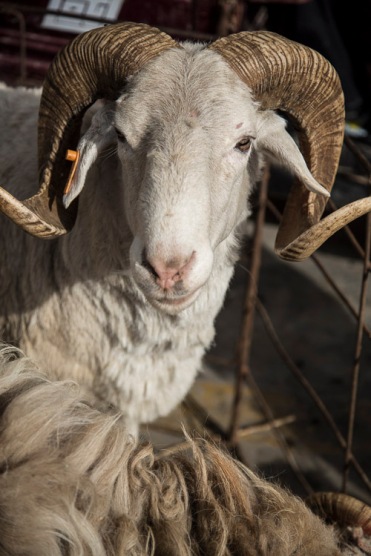 Each pillar in this mosque was carved by a different artisan, who put his own stamp on the design – advertising for years to come © Jo James 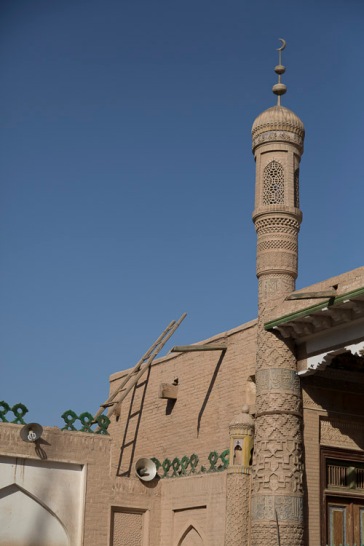 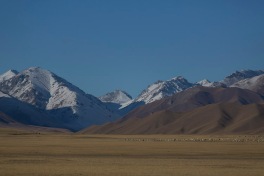 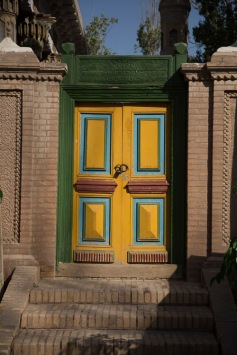 Suit out of context, Bayanbulak 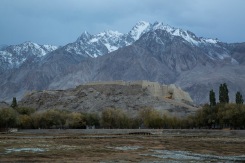 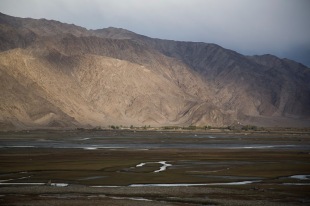 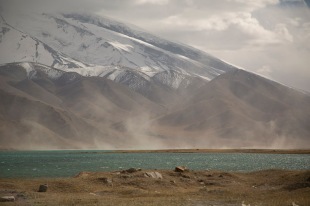 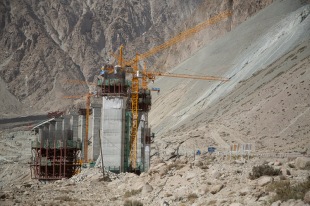 Korban sheep market, the cause of much gridlock, Khotan © Jo James 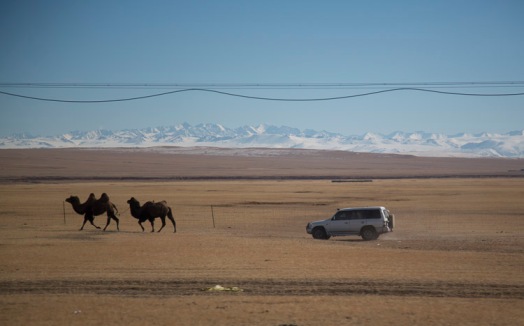 How to herd your camels, Bayanbulak 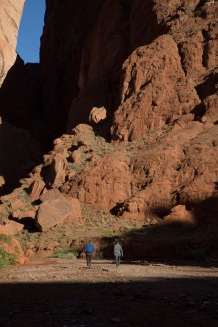 A grand canyon, near Kuqa 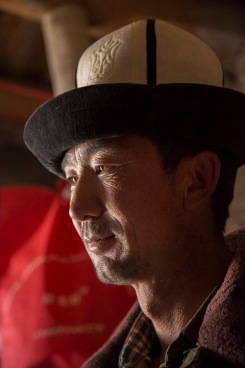 * For the uninitiated, Xinjiang is here: