After my last post from Lake Tekapo, I bussed up to Mount Cook Village. Mount Cook herself remained coyly draped in cloud throughout that first day, despite the northwest wind’s best attempts to reveal her. I attempted a short walk in high, high winds, and beat a hasty retreat back to the village, but not before I’d cycled the first two kilometres of the Alps 2 Ocean (A2O) trail. Best to start these things gently… 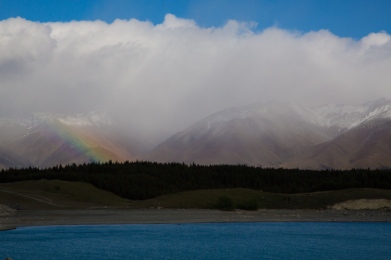 Somewhere over the rainbow #1 © Jo James 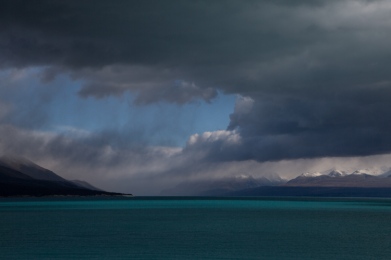 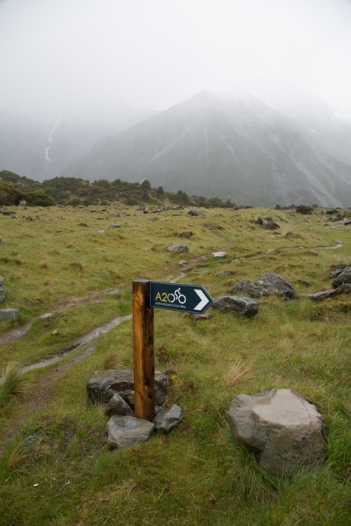 On the right track. © Jo James 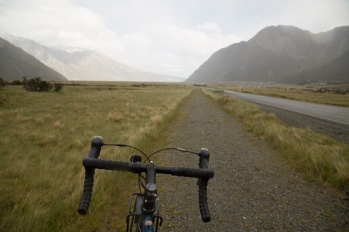 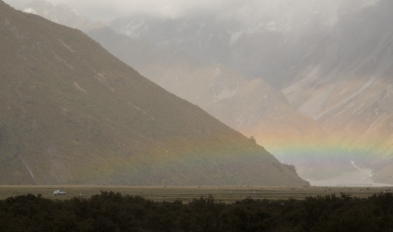 At the end of the rainbow, there’s actually just a rental car. © Jo James

The following morning dawned clearer and sunnier. After sitting by the roadside for 20 minutes, waiting for more than a glimpse of Mount Cook’s flank, I abandoned all hope of seeing the mountain and pedalled off to the airfield, where a helicopter awaited me. For various reasons, the lack of a bridge being the most obvious, it’s necessary to fly across the Tasman River about 10km into the A2O trail. So Willie (the bike) was loaded into the back, I was loaded into the front, where my excitement at travelling in such style was only slightly dented by having to be clipped in by the pilot, and off we went… 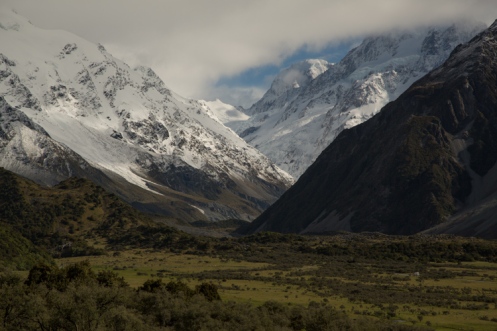 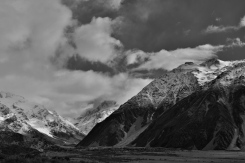 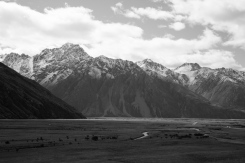 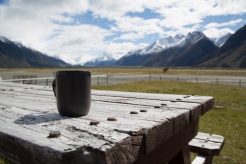 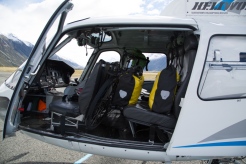 Bike on board © Jo James 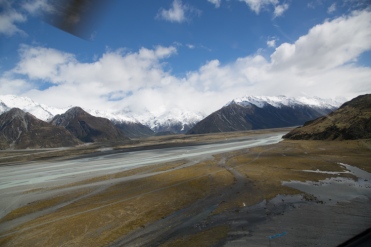 Rotors in the way © Jo James 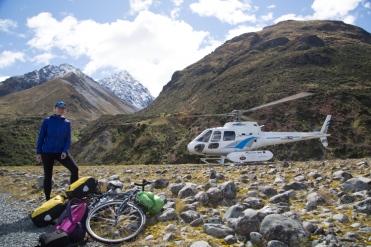 Then the hard part started. Well, the hardest part came about ten minutes in, when I got overenthusiastic after a river crossing and lost the path. I relocated it on foot, and ended up dragging Willie (now weighing about 30 unwieldy kilos) a hundred metres across a swathe of tussocky grassland, laced with mud-filled ditches, my progress watched from the track by two unbearably smug-looking mountain bikers. But after that it was pretty straightforward, and I huffed and puffed my way towards Twizel.

Just over halfway, I stopped for lunch and – for the first time in weeks – felt like cooking something more involved than toast. I was busy sauteing onions in my Jetboil when a fluorescent-clad British tour group cycled through and pointed out that Mount Cook had emerged from the mist. I do love a picnic with a view… 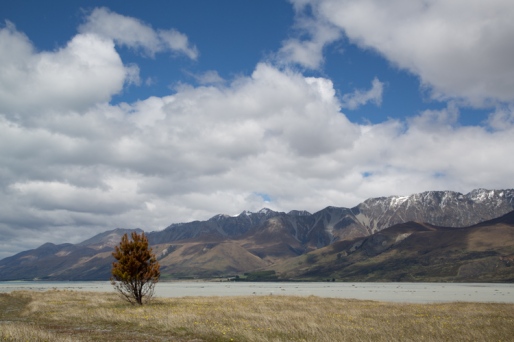 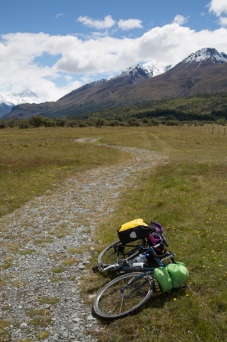 Oh for a kickstand… © Jo James 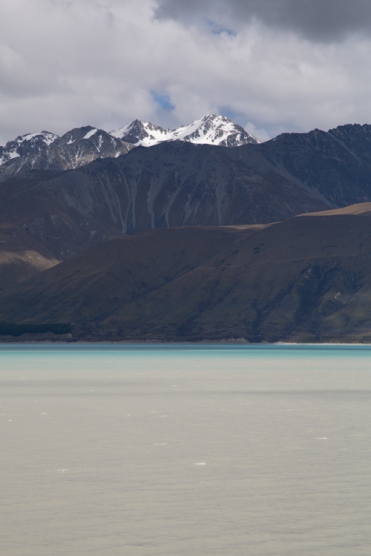 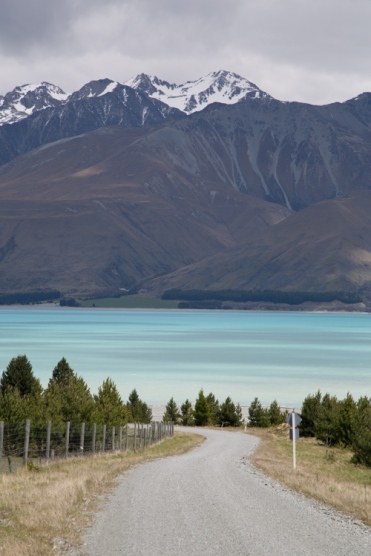 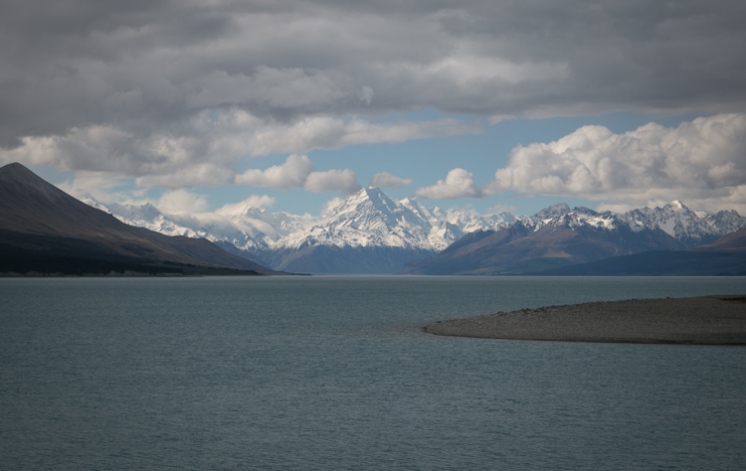 After that, I think I got too tired to take photos, but the trail and I continued to Twizel and beyond. But that will have to wait, I’m afraid – the Milford Road beckons…