In a few hours time I will be on a flight over the Andaman Sea from Singapore to Yangon. Doesn’t that sound romantic? If this were the 1930s —when Yangon was a stopover on flights between Britain and Australia— then I might be in with a fighting chance of some glamour and romance, but my budget airfare won’t include much of either, I’m sure…

As mentioned previously, I am will be in Myanmar to research a new guidebook and for the next two months I will be travelling around the regions that I’m covering. The Plan is to start with a few days in Yangon (eating curry and window-shopping for rubies), before making my way southeast through Mon State, flirting with Kayin State and slinking down the sliver of land that stretches south towards Phuket — Myanmar’s ‘panhandle’, the Tanintharyi Coast. 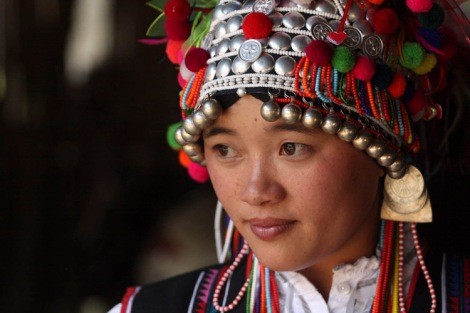 Tanintharyi is slowly starting to open up after decades off-limits to foreign travellers, and I’ve heard that the roads are still closed for some reason. Instead I’ll take one of the boats that ply the island-studded coast, and wind my way south as far as Dawei, or even Myeik. After that and a quick visa run to Bangkok, I’ll head north to Kachin State and catch another boat down the Ayeyarwady River to Mandalay. I’ll round off my journey by hiking in the tea-covered hills around Hsipaw and taking the old Burma Road to Lashio. Suffice it to say, I’m excited about this trip.

Along with my anticipation, one thing that has grown rapidly over the last few weeks is the realisation that I bit off a larger mouthful than I’m able to chew when I boldly announced the launch of a new food blog. Last week I cooked and photographed like a woman possessed, confident that I would be able to write enough posts to last through my kitchen-less travels. Eventually, however, more pressing concerns took hold of me and work on the new blog drew to a halt. What kind of plugs do they use in Myanmar? Are my hundred-dollar bills crisp enough to be accepted by Burmese moneychangers? Will I be able to log in to WordPress from a Yangon internet cafe? 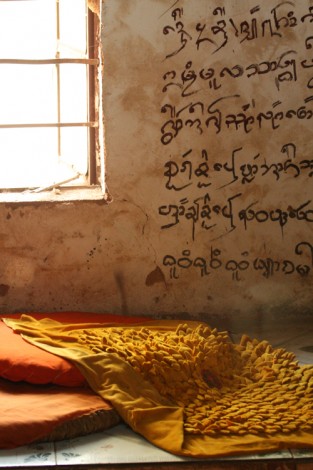 Inside a Blang monastery, near Menghun, Xishuangbanna © Jo James

I’ve been able to resolve the first question (British- or European-style), but the last two will require on-the-ground research — which, after all, is the reason I’ll be in Myanmar in the first place. But, dear reader, please prepare yourself for another radio silence here on Little Yak, and a hiatus on the food blog front as well. I shall endeavour to post regularly, but sometimes life is too short to wait for wifi…

All other names have remained the same. I will use Myanmar and Burma interchangeably – the Burmese use both names, but Myanmar is the more formal (and polite) term, despite its association with the junta…

One response to “To Burma”