This month I had originally planned to visit Mount Kailash in western Tibet. One of my (surprisingly few) travel dreams is to see the spectacular Saga Dawa festival that takes place at the foot of the mountain each year when Buddhist, Hindu and Jain pilgrims flock there to make a ritual circuit of the beautiful, isolated peak. This year, however, the Chinese government had other ideas for us all, issuing a travel ban that will prevent almost everyone from visiting the mountain until late August, long after the month-long festival has passed.

We went to Lhasa anyway, and spent two weeks under blue skies – eyes narrowed against the June sun – as we travelled west to Mount Everest and north to Lake Nam-tso. We joined a lively Saga Dawa ceremony in Gyantse and saw crowds of pilgrims in traditional dress all along our route. Kailash may have been off-limits, but the celebration of Buddha’s birth, enlightenment and death went ahead regardless (although I have my fingers crossed for Kailash in 2015).

These are some photos from the trip – enjoy! 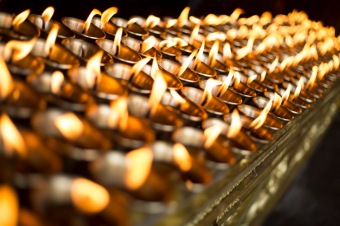 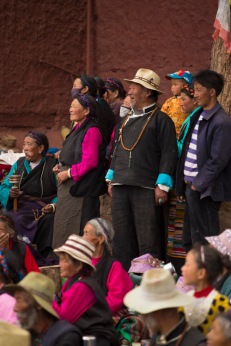 3 responses to “Not Quite Kailash”