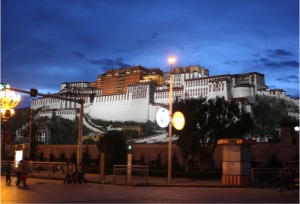 Travelling to Tibet is a dream for many people. The legend of a high-up, far-away and closed-off kingdom ruled by monks that developed in the nineteenth and early twentieth centuries still lingers, even if reality has moved on.

Making the dream happen is where today’s reality intrudes – organising travel to Tibet can be a complicated business, fraught with bureaucracy and uncertainties

Here, as promised, is my attempt to explain how to plan a trip to Tibet…

Where do you want to go?

How to define ‘Tibet’ is one of the many tricky questions surrounding Tibet’s tricky situation. Today, most people agree that the heart of Tibet by any definition lies in the ‘Tibetan Autonomous Region’ (TAR) – shown in green on the map below. The yellow part of the map shows the original extent of the Tibetan Empire, sections of which have been gradually hived off into other Chinese provinces since the 1720’s. The orange portion of the map shows ‘Greater Tibet’ – as defined by exile groups, and where ethnic Tibetan communities can be found today. 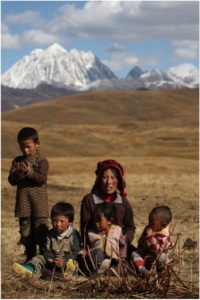 Do you simply want to experience Tibetan culture? Or do you want to see the Potala Palace and visit ‘the real Tibet’? If you belong to the former category, then you should head for the Tibetan regions of Qinghai, Gansu, Sichuan and Yunnan and avoid most of the paperwork associated with visiting the TAR. Beware that parts of any of those provinces may suddenly become closed to foreigners if there are any ‘ethnic disturbances’ – much of western Sichuan is closed at present – and no permit will get you in legally. These regions offer many of the things you might associate with the Tibetan Plateau – tall mountains and enormous rivers, holy lakes, prayer flag-capped passes, nomads, monks, distinctive architecture, momos, the works. No Potala Palace though.

If you really want to visit Lhasa, light incense in the Jokhang and rub shoulders with pilgrims in the Barkhor, then you will need to get a Tibet Entry Permit in order to visit legally. This permit is what makes travelling in Tibet such a complicated thing to organise. You will need to apply for a regular visa (best not to mention the T-word on your application form – trust me, nobody will pull you up on it later), then work with a tour operator in Lhasa to apply for the permit, which will need to specify your route and all the hotels you will stay at inside the TAR. The permit – which will only be issued (or not) within ten-days of your scheduled arrival in Lhasa – then needs to be delivered to you before you board a flight or train to Lhasa, because you’ll need to show it before you’re allowed to board. Additional permits from the Public Security Bureau and People’s Liberation Army may also be required if you want to visit Mount Kailash and Ngari (Ali 阿里) in the western TAR – best to check with your friendly tour operator.

There’s one exception to the permit rule, Chamdo. This region of the eastern TAR has been comprehensively closed to foreigners since 2010 for reasons that remain unclear – all permit applications to the region have been refused, and overland routes from Sichuan and Yunnan have been closed to foreigners too. Hopefully it will open again soon, because it’s a beautiful place, home to mysterious mountains shrouded in cloud-forest, rolling high altitude plains, and some fascinating religious sights.

Despite all the difficulties surrounding it, and the chance that your journey may be cancelled a few days before you depart, it’s worth trying to visit Tibet – or Tibetan regions of the surrounding provinces if you have the opportunity and time to do them justice. After all, there’s a reason that the legend of old Tibet still resonates today…

P.S. The culture and ecosystems of the Tibetan Plateau are incredibly fragile and under threat on many different fronts. Don’t let tourism be one of them! Choose a tour operator that employs Tibetan guides and works sympathetically with local communities, or a specialist eco-tour operator like the brilliant Conscious Journeys