“You know, in Cantonese slang, you can ask for a bowl of rice by asking for a leng jai,” Mr Yak told me years ago, when I was still young and naïve. A leng jai (靓仔, pronounced liàngzǎi in Mandarin), is what you call a good looking guy in Hong Kong. One of our friends has a Staffordshire bull terrier called Leng Jai – his (the owner’s) favourite trick being to call for the dog in a crowded place and see how many young men turn around. 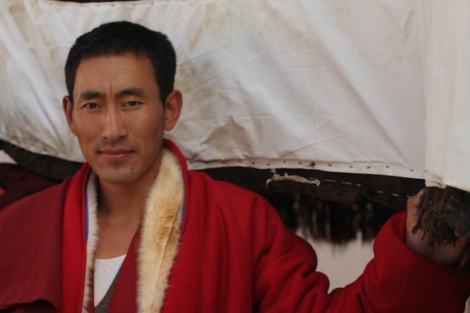 One night in London’s Chinatown, after sharing a good many bottles of Tsingtao with two girlfriends, I’m afraid I was in the mood for showing off. I decided to display my learning, and confidently asked the waiter for “Three handsome boys, please!” in my best – and loudest – Cantonese, and waited to be congratulated on my thorough knowledge of Chinese culture.

The waiter’s expression froze, his eyes shifting nervously from face to face as he wondered how to respond. Behind him, conversation between a group of Chinese diners paused, and three men swivelled around in their seats to see who was asking such an intriguing question. On our own table, my girlfriends, not having understood the exchange, were wondering what was going on, whereas my face turned puce, and I started to giggle.

After a rather uncomfortable moment spent trying to stifle my panicked laughter, I managed to explain that I wanted three bowls of rice, not three good-looking men. The waiter kindly and incredibly slowly told me I ought to ask for “Three… bowls… of… white… rice…” if I wanted to order rice in the future. I also managed to stop laughing long enough to explain to the three curious gentlemen and my friends that I had been misled by my boyfriend into thinking that such behaviour was de rigueur.

Later, I described the event to Mr Yak, who laughed and said “Oh well, I guess the waiter must have been from Singapore or something then…”, while I decided that Mr Yak – a lover of practical jokes – had tricked me. For a few months, it became one of those episodic arguments that surfaces periodically, until we went out for a Chinese meal in north London.

Mr Yak asked our waiter if we could have two leng jai. The waiter, definitely from Hong Kong this time, nodded and continued with his work. A few minutes later, when no rice had appeared, Mr Yak asked again for two leng jai, this time specifying that he actually meant steamed rice. “Oh!” the waiter said, placidly, “I’m sorry – I thought you meant me…” 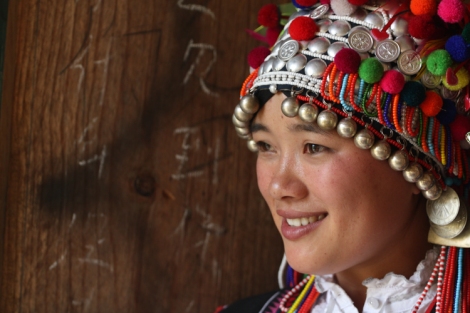 For the record, this particular slangy phrase does work, but only in Hong Kong, and only some of the time. And just in case you genuinely want to call someone a handsome guy or gal, this is how:

P.S. It seems my photo collection is heavily weighted towards pictures of kids and old people – the only vaguely appropriate photos I had to illustrate this post were shots of monks… Clearly need to find more handsome guys to photograph on my next trip 😉

* Disclaimer: Little Yak is not responsible for any undesirable responses to this phrase – readers use at own risk.