Ordering Chinese food can be a nerve-wracking experience, particularly if you don’t speak or read Chinese. Get it wrong, and your fears of being served platefuls of unmentionable animal parts might be realised. Get it right and you’ll receive the adulation of your fellow diners – one guest even proposed to me after a particularly good meal in Chongqing. 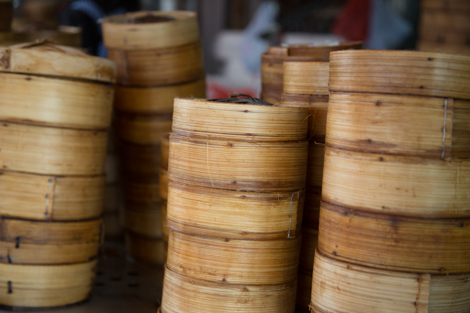 The vast majority of Chinese meals are served ‘family-style’, with each dish being shared by the table. With everyone helping themselves to small portions from communal plates, it’s a familiar and cosy way to eat – plus the orderer gets instant feedback about what works and what doesn’t. Below are my guidelines for ordering Chinese meals, distilled from the experience of ordering (and mis-ordering) many, many meals for friends and guests:

1) Play the numbers game
A good rule of thumb is to order one dish per person – we’ll call this n. Exceptions to this rule are if you’re eating with teenage boys (when you’ll need n+2 dishes), older diners (n-2), in a cheap restaurant where the portion size is often generous (n-1) or a particularly expensive restaurant where the portions are generally much smaller (n+2). 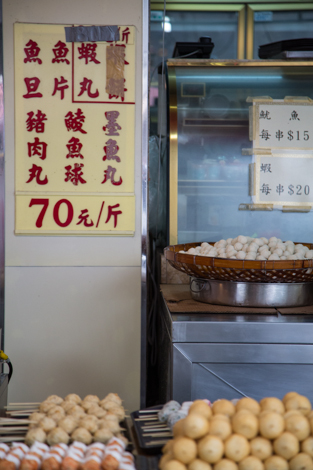 2) Be a thoughtful autocrat
It might be tempting to take a democratic approach to ordering – everyone choosing one dish, for example. Do not give in to this temptation. Ordering a good, balanced Chinese meal requires one person to have an overview of what’s been ordered. If people order their own favourite dishes, you are very likely to end up with deep-fried everything, or five plates of vegetables. While I was at university in Beijing, I frequently ate with a classmate. Somewhat boringly, I always chose something that I knew I liked, while he chose something he didn’t understand from the menu. The typical meal involved Disanxian and a plate of rabbits’ heads or – once, memorably – ducks’ tongues.

That’s not to say that you should ignore diners’ preferences and just order what you want to eat yourself. Say someone’s dying for beef, or fancies trying something spicy or a local delicacy, and that can and should be incorporated, if it works with the rest of the meal. 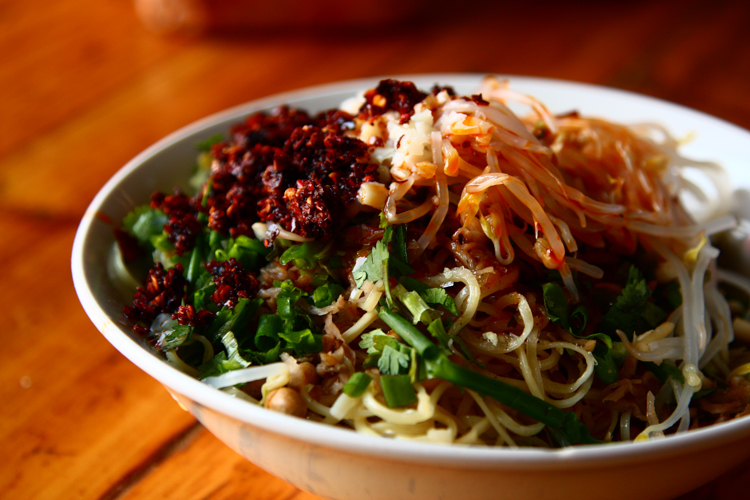 3) Befriend your server
I chat to waitresses a lot more in Chinese restaurants than in Western ones; asking what’s fresh, which green vegetables they have, whether their deep-fried wonton are any good, and so on. Often the answers are very useful/honest, and on more than one occasion, I’ve been warned off ordering a dish because “it’s rubbish”. This might be a challenge if you don’t speak Chinese, but start by addressing your server as meinü (beautiful girl) or shuaige (handsome boy), and you’ll be off to a good start.

In the same vein, restaurants in touristy areas will often have two menus – one full menu in Chinese, and one abridged version in English and Chinese. If you’re able to understand it, try to get hold of the full menu, as it often has more interesting dishes on it. If you can’t understand it, stick with the abridged version, and rest assured that the prices will be the same on both.

4) Balance is the key
A good meal demonstrates a balance of temperatures (cold dishes as well as hot), cooking styles (stir-frying, steaming, deep-frying, etc.) flavours (spicy, sweet, savoury) and ingredients (vegetables vs. eggs/tofu/meat), with a nod to whatever the restaurant’s speciality is. I generally try to avoid ordering the same type of protein more than once in a meal, unless the cooking method is very different; roast duck and duck soup, would be fine perhaps, but roast duck and soy-marinated duck would be overkill unless you had a large group of people to share them amongst. 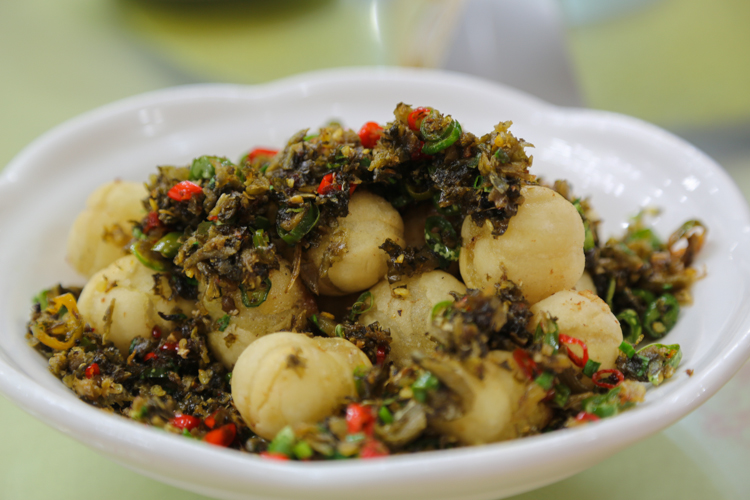 5) The question of starch and soup
Often, a meal will only feature one starchy dish (主食 zhǔshí) – rice or noodles being the two most popular choices. In mainland China, these dishes are often served at the end of the meal to fill any space you still have left, while Hongkongers and most foreigners prefer to have their zhushi served with the meat and vegetable dishes (which are collectively known as 菜 cài, pronounced ‘tsai’). There’s no hard and fast rule here, just ask for it when you want it.

Many Chinese people feel that a meal isn’t complete until the soup has arrived – which it usually does at the end of a meal. Soups often include ingredients found in regular stir-fried dishes, so make sure that you’re not inadvertently ordering the same thing twice.

A Worked Example
Say four people are eating dinner together, one being a teenage boy. I would probably order six dishes to give everyone a good meal; one cold starter, four hot dishes (one meat, one egg/tofu and one vegetable and one wildcard), and one soup, plus noodles or rice. It’s nice to order a few ‘safe’ dishes, along with some more adventurous things. It’s always fun to give people something to talk about if they’re game – chicken feet, or jellyfish usually work quite well as a talking point, and someone may actually enjoy them – I’m still grateful to my classmate for dramatically expanding my knowledge of Chinese food, even if I’ve never had cause to order ducks’ tongues again…

P.S. While putting this list together, I remembered how difficult decoding menus was before I learned Chinese. I frequently ended up eating in cheesy restaurants with English menus, and hence missed out on one of the most interesting and important aspects of Chinese culture. So that you don’t suffer the same fate, I’ve decided to write a menu decoder, which I’ll upload to the site soon, huzzah!