I stand corrected. After four years living on Cheung Chau and almost four years of telling people that it was kind-of-lame and best avoided, I’ve finally done the Cheung Chau Bun Festival. The festival, which happened on 6th May this year, turns out to be a really great day on the island – who knew? It helps that Yak Towers overlooks the parade route on one side and the waterfront on the other, so we were able to hole up in our apartment and watch everyone else having fun. And I still stand by what I wrote last year, that visiting the festival in the few days before the main parade can be a good way to see what happens without spending six hours waiting for a ferry…

Before
The basketball court in front of Pak Tai Temple is closed for weeks as carpenters construct elaborate bamboo structures held together with cable ties. (What did Hongkongers do before the invention of cable ties?) A few days before the festival these bamboo skeletons are fleshed out, some covered with buns, others filled with paper effigies of gods and demons, while others stage endless Cantonese opera performances. 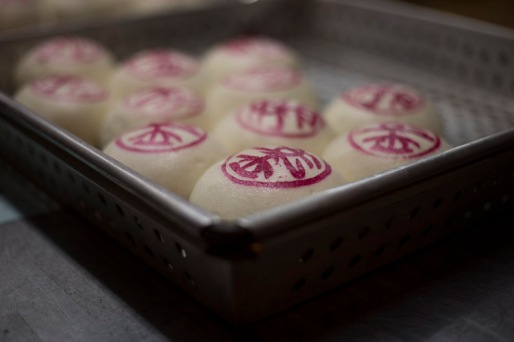 Fresh from the steamer © Jo James 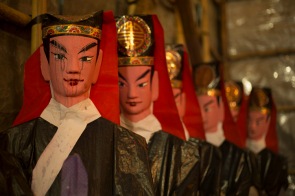 Opera singers, trying to survive an attack of the giggles © Jo James

During
The day of the festival starts with frenzied preparation. Neighbourhood associations do practice runs along the parade route with their drummers and lion dancers. Small children are dressed up and strapped to floats, where they will stay for hours, waving, as they’re pushed around the village. The ferries start to arrive one after another and people pour onto the quayside. Photos are taken and buns are purchased. At noon the parade route is closed off and the paraders all congregate around the largest tower of buns in front of the temple. The parade begins.

A lion on a pole © Jo James

A detail from one of the floats © Jo James

Qilin from the side © Jo James 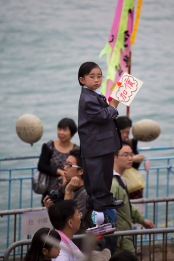 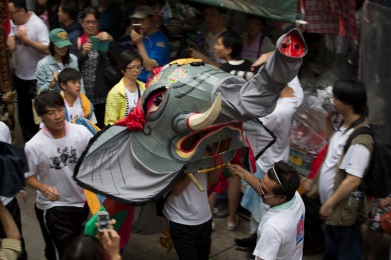 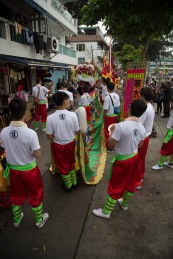 The rain sets in © Jo James

After
At the end of the parade there’s a dash for the pier as everyone who’s travelled from Hong Kong tries to avoid being at the end of a very long queue. Eventually the crowd ebbs and Cheung Chauers settle down to the serious business of drinking and eating. Around Pak Tai Temple the opera continues, and small ad hoc shrines are set up around the streets, incense smoking, priests chanting. Around midnight the bun tower climbing competition gets underway, but that will need to wait for next year – I was in bed by that time… 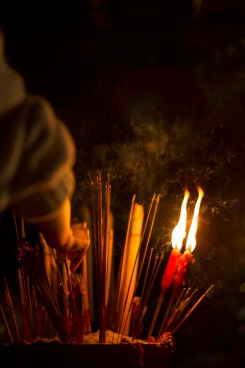 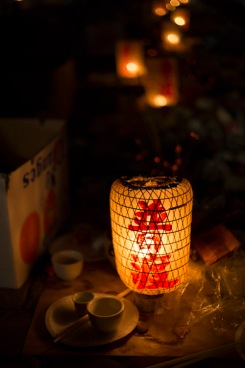 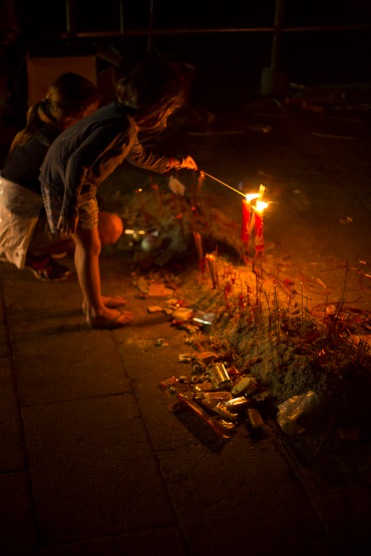 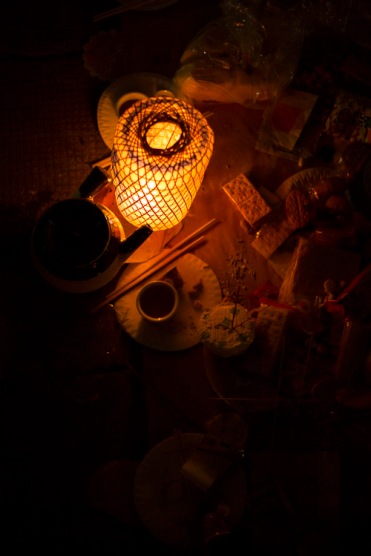 Practicalities
Transport: First Ferry got their act together this year, laying on lots of extra ferry services to get people to and from the island. After the parade finished, I counted six boats waiting just outside the harbour to take people back to Central. That doesn’t mean you won’t have to queue, but the vast lines of people were shorter and moving faster than in previous years. Because the festival coincides with a public holiday, you’ll be paying $18.40 for the slow boat, and $35.30 for the fast.

Food: The island’s restaurants are traditionally vegetarian in the days before the Bun Festival. Even the fish ball sellers manage to find some alternative to deep-fry and serve on a stick, and the Cheung Chau McDonald’s serves nothing but veggie burgers for days. As soon as the main parade finishes, however, the restaurant owners get back to stir-frying seafood and steaming fish – wait until late on the festival’s last day and you’ll still get your seafood feast.

See you there next year?